Mike Petersen is the 2018 Ravensdown Agricultural Communicator of the Year

The current New Zealand Special Agricultural Trade Envoy, Mike Petersen, is the 2018 Ravensdown Agricultural Communicator of the Year.  This was announced at a dinner in Hamilton last night, when he was presented with a trophy and a cash prize. 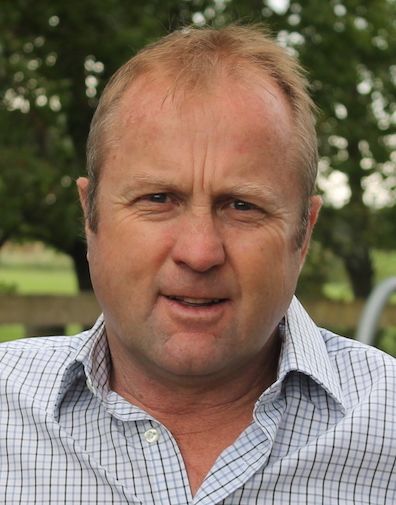 This is the thirty-second year the Agricultural Communicator of the Year title has been awarded, and is the second year of involvement by sponsor Ravensdown.  This year there were six people nominated and the decision was reached by a panel of 10 judges from around the country.

Mike (pictured right) has been described as a superb communicator and always able to deliver his messages in tune with his audience in any location anywhere in the world.

Mike has been involved in leadership positions within the agri-food sector for nearly 20 years. During that time, he has been elected to positions on industry organisations representing farmers such as chair of Beef + Lamb, and the ability to communicate effectively has been a core component of these positions.

He has travelled the length of the country speaking to hundreds of meetings over the years, providing the opportunity for farmers to engage with their organisation and discuss opportunities for the sector.

Over the past five years he has spent a considerable amount of his time in the role of New Zealand Special Agricultural Trade Envoy. This is a ministerial appointment to advocate for the dairy, sheep, beef, horticulture and wine industries in their efforts to improve market access and trading environment.

In this role, he travels offshore about six times per year to all markets of the world where New Zealand is looking to improve market access and market reputation. He speaks to numerous conferences and meets with the complete range of stakeholders from farmers, industry groups, corporates, officials, ministers and Prime Ministers dispelling myths and promoting the New Zealand agri-food sector.

As New Zealand Special Agricultural Trade Envoy, he also presents to numerous conferences and events in New Zealand, reports back to industry following his travels and responds to many media requests for interviews and commentary on all issues relating to trade.

“This year’s winner, Mike Petersen, epitomises all that it is to be a highly effective communicator for our primary industries. He has advocated on behalf of sheep and beef farmers, promoted Māori agribusiness, and effectively represents New Zealand’s primary industries on the international stage, all underpinned by his background as an award-winning Hawke's Bay farmer.

Taking communications even further, Mike also shares his knowledge and skills with the next generation of leaders through working with Young Farmers, university students, Nuffield and Kellogg scholars. The Guild is pleased to join with Ravensdown in honouring Mike as the 2018 Ravensdown Agricultural Communicator of the Year,” Elaine said.