The Guild offers a series of awards each year, in conjunction with our sponsors, for excellence in written and broadcast agricultural journalism. In addition, the Communicator of the Year award is presented in June of each year in Hamilton.

See the Roll of Honour board listing present and previous winners of the Agricultural Communicator of the Year Awards. Lists of other awards will be added soon.

Entries for our 2019 NZGAJC Photography and Journalism Awards have now closed. Find out more about the award categories here. 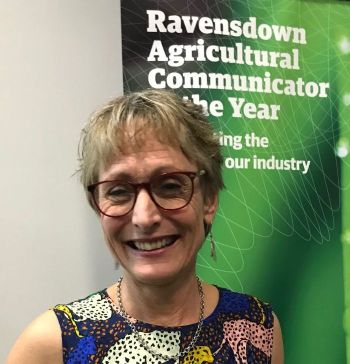 2019 Agricultural Communicator of the Year

Long-time Country Life presenter, Susan Murray (right), is this year's Ravensdown Agricultural Communicator of the Year, it was announced at a dinner in Hamilton on 12 June, when she was presented with a trophy and a cash prize.

Susan is a life member of the Guild, was secretary/treasurer for about 10 years, has won many national journalism awards and won the IFAJ Star Prize for Broadcast Journalism a number of years ago. She was part of theplanning team for the 2015 World Congress of agricultural journalists hosted by the NZ Guild held in Hamilton. Read more ...

Northland journalist Hugh Stringleman (pictured left) and Otago’s Neal Wallace had worked together on a four-week series of articles giving an in-depth examination of Fonterra’s performance since 2012 and the capital restructure.  They won the Ministry for Primary Industries Rongo Award recognising excellence in agricultural journalism, for articles which appeared in Farmers Weekly in May and June this year. This is the second Rongo Hugh has won, the last one 30 years ago.

A dozen journalism awards and one photography award were presented at an awards dinner in Wellington on 5 October 2018.

Read more about the other 2018 award winners here ... You can view the winning entries here …

2018 Ravensdown Communicator of the Year 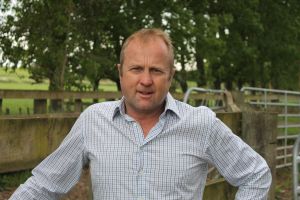 The current New Zealand Special Agricultural Trade Envoy, Mike Petersen, is the 2018 Ravensdown Agricultural Communicator of the Year. This was announced at a dinner in Hamilton in June, when he was presented with a trophy and a cash prize.

Mike (pictured right) has been described as a superb communicator and always able to deliver his messages in tune with his audience in any location anywhere in the world. He has been involved in leadership positions within the agri-food sector for nearly 20 years. During that time, he has been elected to positions on industry organisations representing farmers such as chair of Beef + Lamb, and the ability to communicate effectively has been a core component of these positions. Read more ... 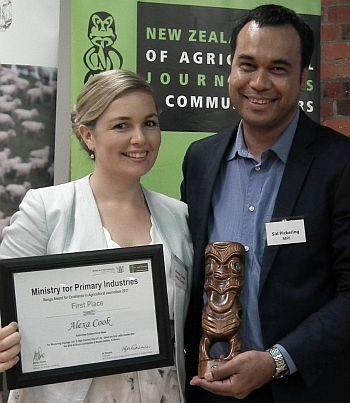 Alexa Cook won the supreme award, the Ministry for Primary Industries Rongo Award, which recognises excellence in agricultural journalism. She won the award for for coverage of a week-long mustering in Muzzle Station, the first after the Kaikoura earthquake. Her items were featured on Morning Report, Checkpoint, and Insight programmes and on the Radio NZ website. Alexa is pictured left receiving her award from MPI's Sid Pickering.

You can read the 2017 award news here ... and see the winning entries here.

2017 Ravensdown Agricultural Communicator of the Year 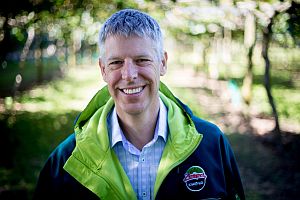 The chief executive of Zespri, Lain Jager, was the winner of the 2017 Ravensdown Agricultural Communicator of the Year award. This was announced at a dinner in Hamilton in mid-June, when he was presented with a trophy and a cash prize.

Lain (pictured right) has served as Zespri CEO since 2008, having joined the company in 1999. In his time with Zespri, global sales have increased from just over $500 million to $1.9 billion in 2016/17, with $1.1 billion of that returned to communities around New Zealand.

A Levin freelance journalist now working for RNZ News, Aaron Smale, was the 2016 winner of the top award for agricultural journalists.

2016 Landcorp Communicator of the Year Award

The chief executive of DairyNZ, Dr Tim Mackle (picture right), was the winner of the 2016 Landcorp Agricultural Communicator of the Year Award, which was presented at a function in Hamilton in June.

The judges noted that in his time as DairyNZ CEO, Tim's excellence as a communicator has enabled him to provide an extraordinary level of leadership for the dairy sector. This was particularly evident over the previous 12 months when the industry faced a difficult period in the media, with low milk prices, issues with animal welfare and environmental standards.