Farmers Weekly editor Bryan Gibson was last night announced as the 36th winner of the Ravensdown Agricultural Communicator of the Year award.

The award recognises and honours individuals and groups that have made important contributions to the agricultural community by using their skills to effectively communicate issues, events, and information that are relevant to the sector. 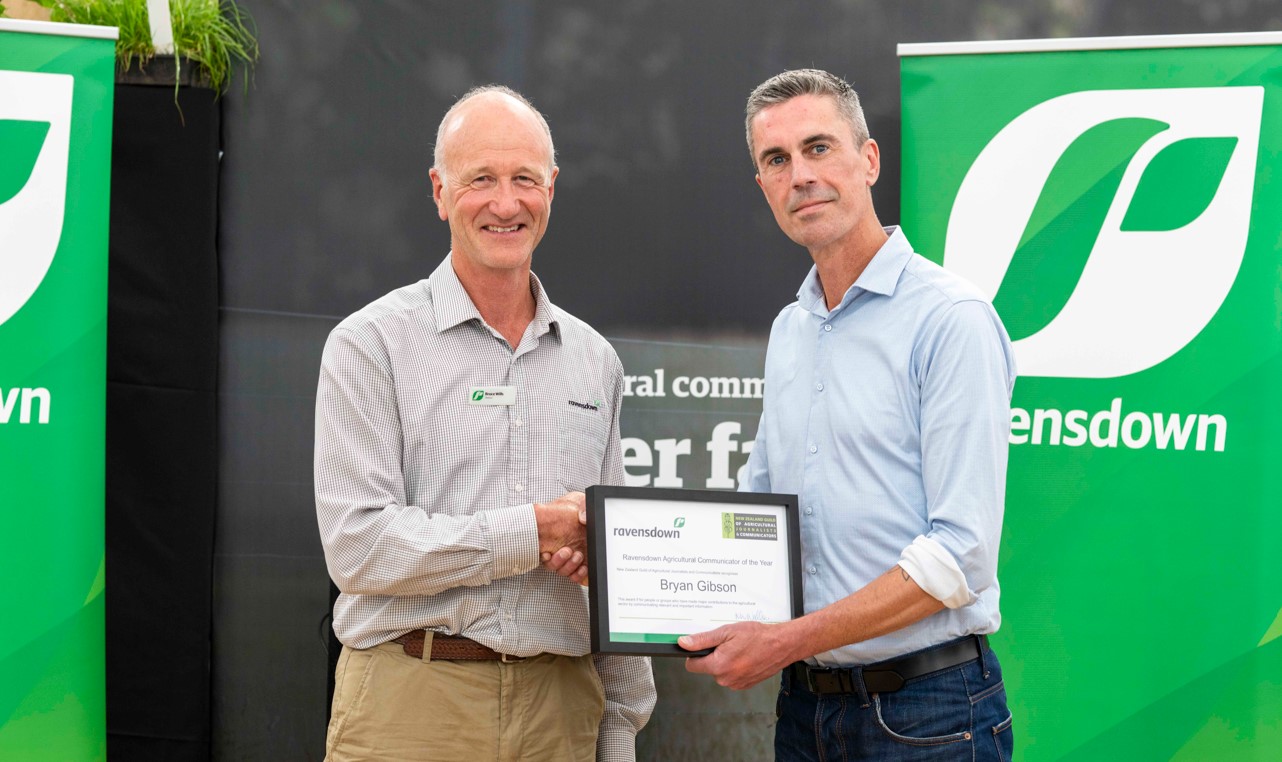 Gibson is best known for his leadership at the helm of one of New Zealand’s most trusted sources of information about agriculture. He has held the role of editor of Farmers Weekly since 2014. In this time, his reputation of steadfastly publishing ‘without fear or favour’ has brought a wide range of voices to the fore, covering serious, existential challenges in an increasingly polarised political landscape.

Ravensdown’s Chief Executive Officer, Garry Diack, praised Gibson as a sought-after commentator on agricultural New Zealand. “At such a tumultuous time for the rural sector, having a cool headed, courageous and clear communicator at the helm of rural media is more important than ever. Bryan’s editorial columns bring a wide range of views and perspective to issues that are fundamental to the sector.”

Neal Wallace, President of the New Zealand Guild of Agricultural Journalists and Communicators said, “It’s vital for news outlets to be a trusted source of information, presenting technical information and balanced stories that don’t pander or provoke. It is in this spirit that Bryan leads an editorial team in the production of the weekly newspaper that goes to every farmer in New Zealand, gives his support to national campaigns to address rural wellbeing, and helps to change our industry through hosting the ‘Ideas that Grow’ podcast for Rural Leaders.”

“In a year that has been dominated by confronting issues for rural communities, we’re delighted to see Bryan recognised for his role in tackling deeply divisive issues with courage and wisdom.”

“In a year that has been dominated by confronting issues for rural communities, we’re delighted to see Bryan recognised for his role in tackling deeply divisive issues with courage and wisdom.”

View the photos of the award night here