Respected journalist and conservationist, Rosalie Smith of Katikati has donated the carved Rongo Trophy she won in the 1980s to the Guild of Agricultural Journalists and Communicators to be awarded each year to Rongo winners.

Rosalie won the award in the 1980s for a series of articles she wrote about the kiwifruit industry, following a visit to the markets in Europe as rural reporter for the Bay of Plenty Times. 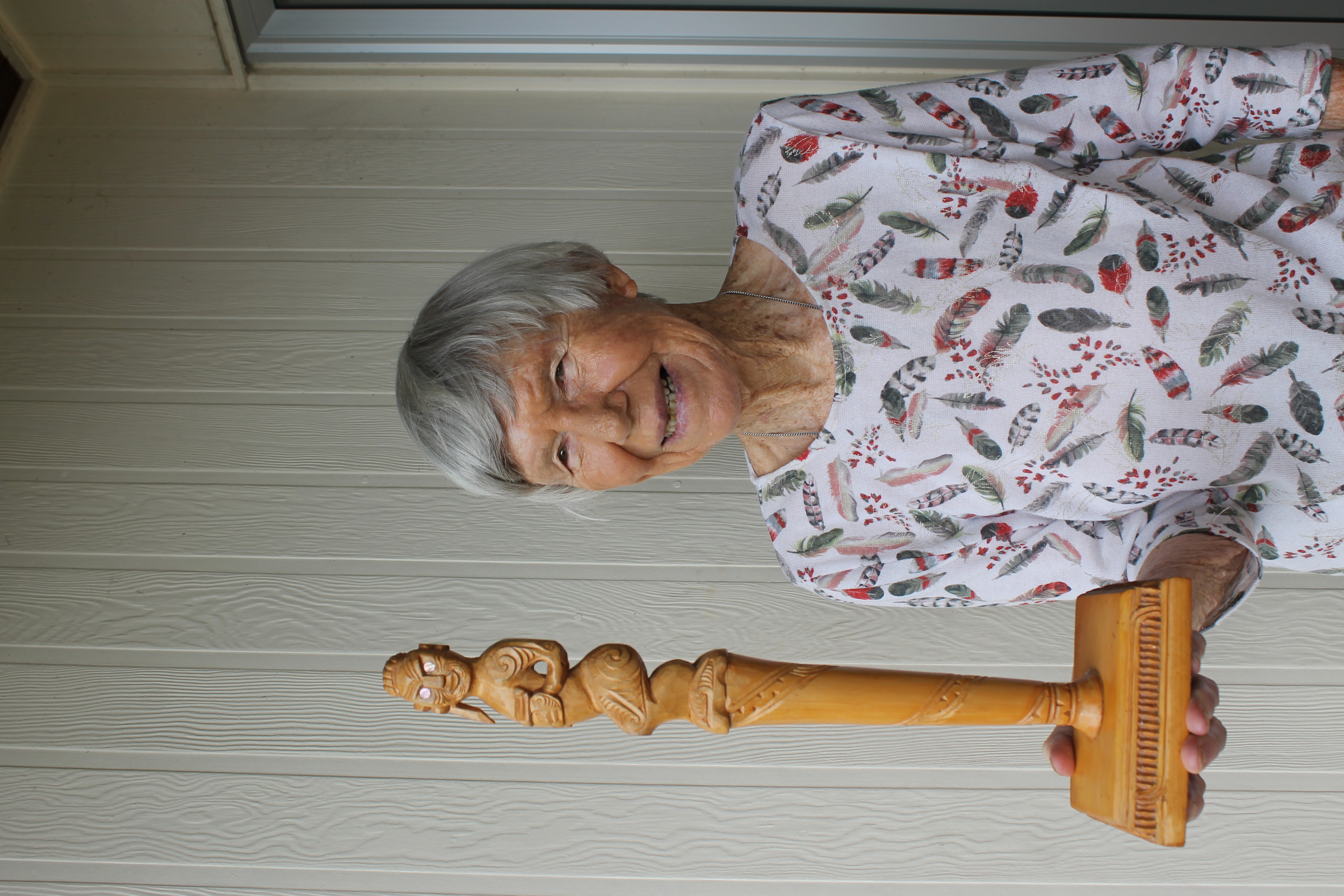 In 2007 Rosalie was awarded a Queen Service Medal for her services to agricultural journalism and the community.

Rosalie was recently appointed patron, along with fellow conservationist Peter Maddison, of Project Parore, a pioneering catchment-wide ecological restoration project which has evolved from UEM.

For Rosalie, who grew up at Athenree, just north of Katikati, the Northern Tauranga Harbour has always been special. “The healthy harbour was our playground. The only mangroves were to the south at Matahui and the harbour floor was not muddy like it is today,” says Rosalie.

Initially trained as a teacher, Rosalie achieved her ambition to be a journalist when she was offered the job of Bay of Plenty Times' Katikati correspondent in 1969. She later became the Bay of Plenty Times’ rural reporter and won awards for her writing, including the Rongo Award.

In 1984 she was invited to be the founding editor of a new kiwifruit industry magazine, the NZ Kiwifruit Journal. The same year she helped the avocado industry start its publication, Avoscene, which she edited for seven years. From 1999 onwards, she freelanced, writing for such publications as NZ Herald and The Orchardist. Rosalie has been a member of and written books for Open Air Art, responsible for Katikati’s murals and an active member of the Katikati Twilight Concert committee.

When, in the 1980s, a proposal to clear fell the native forests of the Kaimai Mamaku Forest Park and convert it to plantation pines was mooted, Rosalie was spurred into joining those opposing the idea.

“I got on to the Kaimai Mamaku Forest Park advisory board which was pretty much a pawn of the Forest Service, and we didn’t have much say in what happened to the park. However, fortunately the forestry plan didn’t go ahead and when the Forest Service changed to the Department of Conservation, we had more strength in making changes.”

Rosalie was already well aware of increasing mangrove growth and siltation in the Uretara Estuary when she was approached by conservationist Andrew Jenks to front a public meeting to form a group to restore the estuary. The outcome was the formation of the Uretara Estuary Managers in 2004.

“We quickly realised the silt in the estuary came from upstream, so we got involved with the quarry in Wharawhara Road, which improved its systems to reduce runoff. We planted natives along the Haiku Pathway beside the Uretara Stream and planted alongside tiny streams, just rivulets really, to reduce sediment entering the harbour.”

Rosalie is delighted that UEM has evolved into Project Parore with a vision to protect areas in eight adjoining catchments: Aongatete, Waitekohe, Te Mania, Te Rereatukahia, Uretara, Tahawai, Tuapiro and Waiau, all of which flow from the Kaimai range into the northern tidal zone of the Tauranga Harbour.