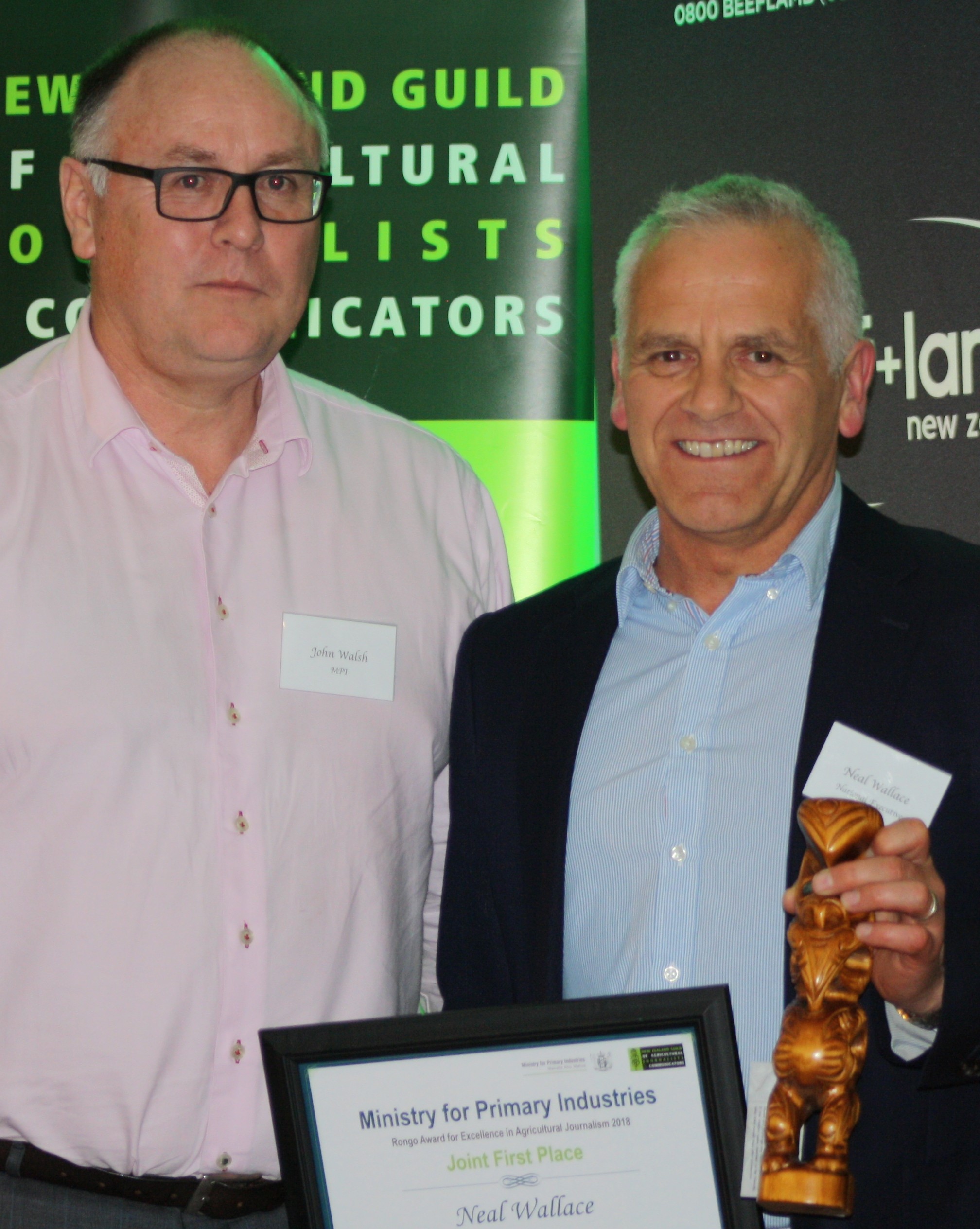 Northland journalist Hugh Stringleman (right) and Otago’s Neal Wallace (pictured far right with John Walsh of the Ministry for Primary Industries - Hugh Stringleman was unable to attend the event) had worked together on a four-week series of articles giving an in-depth examination of Fonterra’s performance since 2012 and the capital restructure.  They won the Ministry for Primary Industries Rongo Award recognising excellence in agricultural journalism, for articles which appeared in Farmers Weekly in May and June this year. This is the second Rongo Hugh has won, the last one 30 years ago.

All the awards for 2018 were announced at the Awards Dinner on Friday night which was jointly sponsored by Beef + Lamb New Zealand and the Meat Industry Association. A total of 13 awards were presented, 12 for journalism and one for photography. The key objectives of the awards are the encouragement and recognition of excellence in agricultural journalism. The guild thanks all our sponsors for making these awards possible.

Special guest of honor was a British agricultural journalist with 12 years on a BBC agricultural programme and Nuffield scholar, Anna Jones, who spoke on the disconnect between farmers and city dwellers. Her travel to New Zealand was sponsored by AGMARDT.

The Guild thanks all of the sponsors, judges and entrants.